Energy in its many forms is equal to value. The following idea is via a comms exchange with @BillyBainsbridge on Discord. He promotes the concept of K-Kal Reform via the taxation system as an optimal method for maintaining a life-giving entropy state for humans on the planet.

>>Thanks, the articles you linked look related and useful, I’ll have a deeper look later. I was made aware of some of Buckminster Fuller’s ideas that are similar last year, though apparently he was using Fuel as the basis for Value, rather than Energy in its many forms as that basis.

So, with every other Power / Matter Equation from Physics that I’m aware of regarding Natural Systems, there are limits imposed by some intrinsic participants or Factors. These Upper Bounds usually represent a diminishing of potential for the system due to some “hard physical” property. The changes of Phase in Matter have multiple observable thresholds of energy, and usually require more energy for the Phase Change of State to occur than is required to sustain it, until the next Phase Threshold is approached. These successions of changes in the slopes of the curve could be viewed as a contiguous series of Logistic Curves, with new Upper Bounds being exceeded only with exponential amounts of input energy.

We can see many parallels between Physical Systems and Economic ones (or Social Systems, for that matter).
In order to provide the most “good” for a system, it is less useful (i.e. “predictable” in numerical terms, or “fair” in social terms) to allow too much energy to be concentrated or expended near the tops or bottoms of the curves (where they are far less “stable” or “productive”), but rather that the curves be flattened to support more activity in the midrange of capability.

Because of the tendency for Economic Power to be held Monopolistically near the top (where it actually does the LEAST good for the system overall) a Compression Algo must be employed and controlled by those who can best stabilize the system to a predictable Logistic Curve. Taxation is one way of doing this, and though there may be others, few are under the collective’s control.

I hope that’s useful, and I look forward to reading the Metabolic Currency paper, as that seems aligned with the principles of K-Cal Economic Reform. 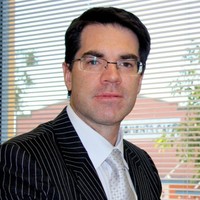 Not ready to sign up, but want to stay up to date with our developments?